Alan Bond was a high-profile Australian entrepreneur who made headlines around the world for financing the racing yacht team of Australia II who successfully won The America's Cup from the New York Yacht Club, which had ever lost it in its 132-year history.

Much later he fell from grace after becoming embroiled in corporate scandals that lead to criminal convictions, a four year gaol (jail :P) term and bankruptcy.

The 72-year-old scientist and author - who has made a number of on-screen cameos in the past - has confessed his 'ideal' role would be playing 'a baddie in a James Bond film'.

The wheelchair-bound physicist believes his computerised voice - through which he has communicated since becoming almost entirely paralysed by motor neuron disease - makes him perfect for the part.

He told Wired magazine: 'My ideal role would be a baddie in a James Bond film.

'I think the wheelchair and the computer voice would fit the part.'( Collapse )

Damn. Another marvel of the bigand small screens gone too soo. 63 is too young. :(

Damn... :( They were all good but he was my favorite of the cast.

dewhitton the other day asked "Why no 6040 restoration? Lack of parts, or lack of funds?" in reference to the magnificent articulated steam locomotive preserved as static display at the Rail Transport Museum at Thirlmere in the Blue(?) Mountains (not sure of my geography here). The 60 class is another locomotive that I intended to cover in my "For the Railway Lion" series, soon as I'm in decent health and not feeling down over my lousy job.

Anyway, I E-mailed the question to my mother's cousin who works as an active volunteer. There's bad news and good news. Bad news first:

"The RTM considered 6040, but for the amount of work required, the cost involved and the slow speed on the main line, it was a very long way from being remotely viable as a tour engine. With 6029 based at Canberra, they will not have the restrictions on local operations on the Canberra Branch although they will still have difficulties as they go further afield. I hope they can make a success of their operation of it."

Which brings us to Garratt locomotive 6029, and the GOOD NEWS: 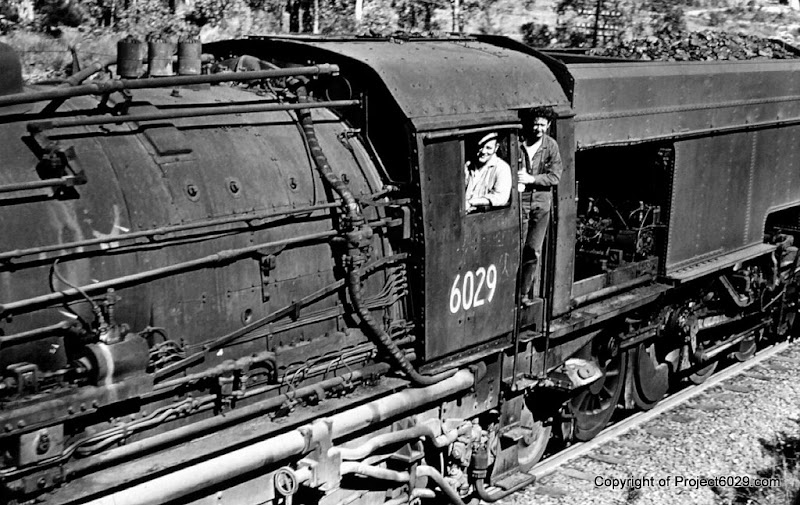 "Your friend can rest easy and live in a state of excited anticipation as the ARHS ACT group is currently restoring to operation their Garratt 6029. The boiler is back in the frame and re-assembly is continuing. Possible sometime late next year I believe.

http://www.youtube.com/watch?v=KB_CYobIlEg
(The owner has disabled embedding, though goodness knows why - it ought to be freely shared)

Although Phar Lap was foaled in New Zealand he was trained and raced here. I therefore regard him as a great Australian symbol. 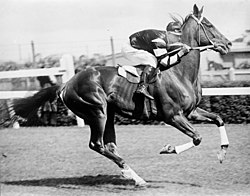 The skeleton was loaned to the Melbourne Museum last year, and displayed alongside the proudly-standing hide for the first time, showed its faults.

Museum of New Zealand Te Papa's curator of terrestrial vertebrates, Colin Miskelly, said there had long been a debate about whether it was more important to maintain the 1938 articulation as an historic exhibit, or whether it should be in an anatomically correct posture.

"The latter argument has finally been accepted," he said.

The skeleton was originally arranged in 1938 by Dominion Museum staff who were not experts in equine anatomy, and a series of minor errors meant the skeleton did not quite match the proud physique of Phar Lap in his prime, Dr Miskelly said.

This was exacerbated by metal fatigue of the rod holding up the neck and skull, which saw the skull drooping from its original position.

A Te Papa team is working to have the skeleton re-articulated, with help from retired Massey University associate professor of veterinary anatomy Dr Alex Davies, who had earlier criticised the skeleton as being badly mounted.

The spine length and curvature have been increased, and it has been lowered at the front to increase the projection of the shoulder blades. More subtle adjustments include improving the position of the minor limb elements, including the patella and sesamoid bones.

Born at Seadown, near Timaru, in 1926, "Big Red" was bought by the Sydney-based American businessman David J Davis in 1928, and was trained and raced in Australia.
In the four years of his racing career, Phar Lap won 37 of 51 races, including the Melbourne Cup in 1930. He won his only race in America before dying in mysterious circumstances soon after.

I’ve never professed to be well educated. Coming from a family who by today’s standards would be considered poor, so too was my schooling. Hampered further by impatient, domineering parents and by a learning difficulty that back then I didn’t know the name of.

Once free of my father’s yoke I discovered that not only am I capable of learning, but that I often enjoy doing so, even if it means studying the same thing ten times in order to comprehend half of it and remember one quarter.

Recently I was recommended a DVD set “The Adventure of English” presented by Melvyn Bragg. So far I’ve only been able to watch the first 60 minutes (twice). This portion of the documentary expanded on something I was aware of since high school; that many modern synonyms in English arose from the Danes and Normans when they conquered England.

While I toy with the idea of becoming fluent in other languages, I doubt that this will ever happen, and therefore I have no knowledge of how English compares with any other language. Frankly the diverse influences in English have often left me wondering if it’s a “mongrel” language and thus overly complex. Often I’ve wondered if languages that are faithful to their root language (Eg: Latin) are easier and less cumbersome. I'm even less familiar with Asian languages, but I suspect that they'd be purer than English.

Take my hypothetical fursona for example; foxaroo. Were it only possible that nature could grant such a breeding you’d have a creature that could never leap so far or high as a kangaroo, nor hunt with the cunning or stealth of a fox, but possess some strengths of each. The vocabulary of the English language was greatly expanded by the Danes and the Normans and became very descriptive and poetic, but I’ve often wondered whether this larger set of words, and all the numerous rules of usage of the language, are really a blessing or a curse?

Greetings everyone, your wallaby is fine
I hobble round a bit, but I have cause to shine
Knowing I have friends gives me strength to glow
be you on sun-drenched land, or far off in the snow
(somewhere I might add, the foxaroo did dare to go)
Be you fox of flight, with the spectacles and grin
or feline far up northeast, with the spot upon your chin.
How’s Carl the vulpine martin? Congrats on your high grades!
Alaskawolf, it’s summer!! Time to break out the sunshades!
How's the dear old lupine, who I hear has tied the knot,
and our other married couple, out on the Newfie plot?
Blessings to you Ocean’s Edge, and peace to Jamesie B,
Guten morgen dear blue gecko, and as well to Tiger_T!
How are things there in Deutschland? What’s on your minds today?
Plus I’ll stay a while and listen, to Deckard Canine, from USA
How’s the tartan tiger? Mclaw, hope you’re doing fine,
likewise the loco driver, the Cape May Seashore leonine!
Nearly finished writing, but of course I’m not quite done,
how's the kindly jackass? The one who-did-not-run? ;)

Perri phoned me just now. This is the first time I've heard from her since returning from Canada. I'd been leaving messages on the answering machine at the place where she'd been staying, but of course they didn't pass along even a single one of them, therefore she had no idea I'd been trying to reach her.

She moved into a new home in April, and befell a stroke not long afterward. As far as I can tell it's not affected her intellect; she sounded sharp as ever. However it's difficult to tell with shy little Perri; she has never been a great talker to begin with (her poetry is a way of compensating for that.) I could hear another person's voice in the background, so thankfully she's not trying to go it alone, which is a very good thing since she said she's not yet able to walk unaided.

I'm going to try to visit her soon as I can.

I've made this a public post, and yes you can let those at the CTC know about her situation. There are plenty of forumites there who would be genuinely concerned, and as for the others I don't think even they could stoop to ghoulish hypocrisy this time given that we're talking about Perri. Certainly I'd better not see any unwelcome posts *here* or I promise you I will delete them. After hearing this unpleasant news I'm in no mood for anyone's bad behaviour.
Collapse